The roots of the Munich Youth Choirs date back to 1952, the year the Munich Boys Choir was

founded. It was in 1996 when the current artistic director Bernhard Reimann established the Munich

Girls Choir complementing the performances of the boys. Since then both choirs often perform as a

unit and not last to adequately reflect this fact they are now operating as Munich Youth Choirs.

Looking back to over sixty years of history, the Munich Youth Choirs have grown steadily into an

throughout Germany and beyond, because of the quality and artistry they bring to their singing.

From Beginner to Soloist

training in smaller groups. Once a firm foundation of basic music skills and literacy is formed they

move on to join the concert choir. As part of the ensemble the choristers are gaining experience with

every performance they join. Regular rehearsals and specialized voice training brings out the vocal

talents of each individual choir member and brings them together as a group. With patience and

dedication the director and his staff develop excellent choristers as well as soloists.

Greater Munich to enquire about the upcoming auditions.

The organization is also offering Early Musical Education classes for preschoolers, where the

fundamentals of music are taught in a playful fashion. This is not a prerequisite to join the choir.

Furthermore, interested choristers are provided the opportunity to receive instrumental instruction and

in multiple languages and styles, ranging from traditional to contemporary music. This includes

musicals as well as other popular music. A great mixture for the hearts and souls for audiences of all

ages is offered at each performance.

The Munich Youth Choirs are based in the Youth Centre of the St. Bonifaz Abbey, situated in the

heart of Munich. A non-denominational organization, they are open to all regardless of background

or beliefs. The choirs are proud to offer varied opportunities for all choristers to develop their musical

and educational skills. Being part of this society of many voices also encourages the personal growth

of each individual choir member by building self-esteem and character, learning self discipline and

To better accommodate academic and choral needs after school care is available. This has been

achieved through collaboration with a local secondary school. Choristers can proceed directly to the

choir where they are provided with lunch, do their homework under pedagogical supervision and have

the opportunity to spend free time with other choir members .

memories of the times spend together that will last a lifetime.

Their choirs travel regularly, locally, nationally and internationally. Past concert tours include

numerous destinations in Europe as well as to North America, Japan and Australia. Over the

continue to be featured in national radio and television broadcasts.

With the many international friendships established and nourished over the years, the choristers

achieve a great deal when it comes to international understanding and cultural exchange. It is one the

best ways for young people to learn about other countries, people and their customs - as the motto

None of this happens without a lot of effort of many people, nor does it happen without money. Being

a non-profit corporation, the choir maintains a modestly financed administrative infrastructure and

largely depends on enthusiastic and dedicated volunteers and sponsors.

With the funds of the development association financial assistance is provided to choristers in need.

The association also supports e.g. the purchase of instruments and sheet music, preparation of

concerts and the organization of tours.

Every contribution, no matter how small, helps the association with the realization of its goals. The

contributions are tax-deductible in Germany, and for all donations above EUR 30,00 a tax receipt

is automatically given. Contributions can be sent to the following account:

Grateful thanks to all Association supporters!

If you would like to join the Association for Further Development of the Choirs, please contact the 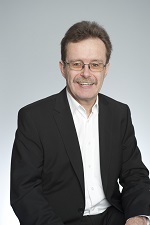 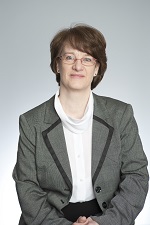 Judith Reimann, Executive Director of the Munich Youth Choirs.
Judith Reimann was introduced to the choir through her husband. She manages the Choirs’ office overseeing of all areas related to administration and communication, production, touring, personnel management, and coordination of after school activities. Judith Reimann approaches her many tasks with cheerful enthusiasm and is often referred to as “mom away from mom” by many of the choristers.

Margrid Craemer, Vocal Training
Margit Craemer completed her studies of Opera and Music Education at Weimar and Leipzig. She has been engaged by many renowned opera houses throughout Germany and participated in various film and TV productions. Having also founded of a couple of children’s choirs she can look back on numerous successful performances on and off stage. Margrid Craemer has been working with the Munich Youth Choir since 2010 and she is thrilled to be involved in developing the artistic and vocal talent in the choristers. 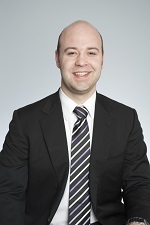 Benjamin Schiefer, Principal Accompanist
As a pianist and organist Benjamin Schiefer accompanies the choirs rehearsals, performances or concert tours and assists the artistic director in many aspects when working with the ensemble. Being actively involved in a number musical endeavors he is director of the „Männerchor ehemaliger Münchner Chorbuben e.V.“, a choral society consisting of and formed by former Munich Boys Choir members. 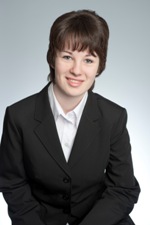 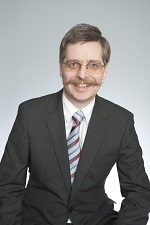 Andreas Hoffmann, Assistant
The manifold tasks of Andreas Hoffmann include teaching musical theory to choristers and providing instrumental instruction. He also performs a number of administrative duties and assists in supervising the after school activities of the choristers. 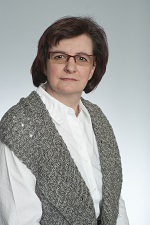 Annemarie Blasig, Tutor
As a dedicated teacher Annemarie Blasig plays an important part in homework supervision for the choristers participating in the after school care.